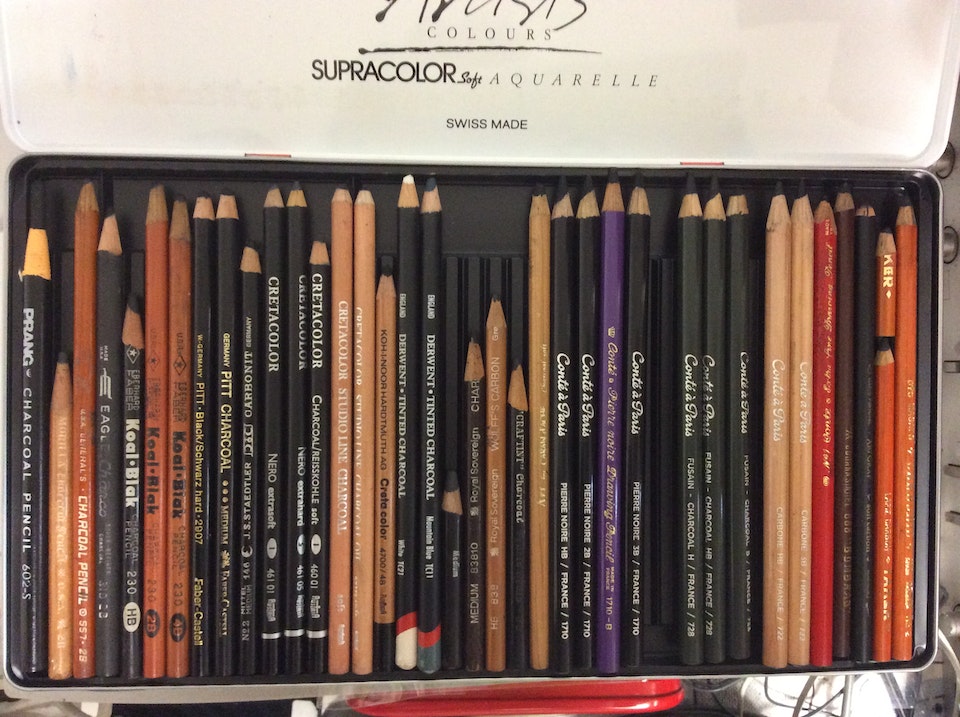 CONFESSIONS OF A FLEA MARKET ADDICT

A man, an avid book collector, ended up gathering a vast collection of volumes in his home, placed on shelves upon shelves. One day, disaster ensued: the floor collapsed under the weight, and most of the books were significantly damaged. Although he suffered no physical harm, the man was so much struck by grief that he died shortly after.

I was told this cautionary tale by a flea-market seller years ago, and I have remembered it ever since. Not because it is a specially memorable story, but because I have often feared to experience a similar fate. Slowly but surely, in a lapse of two decades, I filled a big apartment that had housed a family of five with (mostly) books and records. How did it all happen? One of the main factors, apart from my interest in listening to music and reading, was of a practical kind. I lived in a medium-sized city (with a population of a hundred thousand people) that holds a weekly flea market on Saturdays. Initially, that market was located in the old quarter, confined to limited space around a church fit for pedestrians and passers-by. But roughly about twenty years ago it was decided to move it to one of the main avenues far from the center, in a busy and spacious area with heavy traffic all around. That meant that on Saturday mornings I just had to walk down two flights of stairs into the street and I'd be there. Besides, being one of those markets where most sellers travel during the week to different locations meant that a relevant part of the stuff for sale kept changing. I could also experience the rush to find desirable items within a limited time frame of a few hours. Not on my own of course, but competing against other collectors (some equipped like me with smartphones and apps to evaluate what memory alone could not reach).

Good flea markets can be both a treasure trove and a curse for collectors, especially for those with broad interests eager to be surprised by unknown items. Besides finding an elusive thing that you have been looking for for a long time, you may also meet an object that puzzles you and leads to a previously unknown rabbit-hole. I can't help imagining further use for pencils, books, records, or anything that I like and may save from oblivion. Usually, these items tend to be quite cheap, so the price of admission is not steep at first. But later on, the day comes when you notice that the total amount spent on inexpensive items may end up being quite significant.

I acknowledge that I've acquired a sort of an addictive dollar shop mentality related to buying things. I've read that it's called DIIP (Dopamine-induced Impulsive Purchasing). In theory, improving one's taste should lead to a better and sparser collection, due to some older items seeming less worthy of attention. The cream should rise to the top as your collection grows, and rare items become more difficult to find. But there again new interests appear and open new fields to investigate and collect. On the other hand, old ones rarely vanish.

And the diversity of books, for instance, does not refer to content only. Those found in flea markets can be different in many ways. On rare occasions, they are signed or dedicated by its author. Sometimes they are inscribed by someone as a gift which makes you wonder how on earth they ended up on a flea market if they were a present from such a significant other. They may include press cuttings, ticket stubs, underlined passages or comments. Or unwelcome guests such as dust and mold, humidity or smell. Some were not in smoke-free homes, and others show Ex-libris emblems proudly on the title page or library stamps. Most have been discontinued since the current economic model does not value keeping titles in print unless they are classics or bestsellers, something that could also be said about vinyl records.

Another confession: a record collection can be assimilated easily because listening to an album usually takes less than an hour and you can familiarise yourself with it just with a few spins. But books take longer, so I can admit that I own more books than I could read in several lives (and that's dedicating more than usual to reading). I'll try to make a case for my defense: I understand a personal library/collection as I would a public one, but with a twist. It allows me to follow several itineraries, find answers on most subjects in a comfortable setting where I can pick and choose the content I consume. You may suggest: why not go to a public library then? Well, you miss a few things

when you attend a public space that is not open at all times and where silence is mandatory. I leave those to your imagination.

Back to flea markets: I don't mean to idealize them. On several occasions, especially on cold, windy days, I've cursed my attraction to it. Those are the days when you rummage through piles of stuff only to acquire dirt on your fingers, or your knees hurt from crouching to peruse things on the ground. It's not an easy task: most sellers don't care to classify the items or display them so you can check them out comfortably.

It's also tough seeing whole collections of books or records being sold, that speak volumes not just about matters of taste but also about a defined personality that manifests itself for the last time before your eyes. It's also inevitable to think about death or careless relatives when you see photos from a family album, postcards, personal documents or letters for sale. It's as tempting as it is fruitless to speculate or imagine the history of the items you see (are you witnessing the end of a family line? etc.) since there is not usually a track record or a documented provenance as in a proper antique shop. I think it's more fruitful to focus my attention on the people I meet and engage with, be it sellers or fellow buyers. And on their stories; for instance, I remember once meeting a man in his sixties who explained to me how months after losing his job was almost desperate to make ends meet when one day at the flea market he had found by chance a rare single vinyl record, checked out its market value and sold it online within minutes for about three hundred dollars. That set him on a new hope buying inexpensive items to sell online to make ends meet or at least survive. But most conversations are small talk with other collectors I end up talking to after mutual recognition, or with sellers who I've ended up having some confidence with (to the extent that they've offered me discounts, kept stuff, let me pay at a later date, etc.). On a few occasions, I've even been to their homes or garages to inspect items they keep in store. Sometimes they reminisce about better days (often before the 2007 financial crisis) and complain about diminishing sales, petty theft, bad weather or excessive fares.

Finally, you may wonder why I speak about the flea market in my hometown in the past tense. It's not that I've quit visiting flea markets, the reason is that some time ago I moved to a new town.

Oh, there is a flea market on Saturday mornings there as well. But in my opinion, it's not as useful or interesting and is not even a regular one (well, it only takes place on the first three Saturdays in three different locations). Music streaming services and e-book reading have also decreased my collecting habits slightly, and I even contemplate selling a few things. Which is difficult, perhaps I'll have to read one of those bestsellers about saying goodbye to surplus belongings.